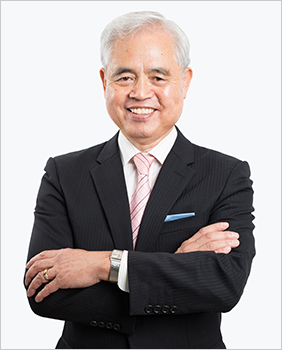 It is on August, 2013 that I visited for the first time in Yangon. At that time, I met and exchanged opinions with representative of the educational institution including the rector of UCSY, Chairperson of the MCF and president and directors of the IT companies. When I heard the big sound of the construction of the building everywhere of the town, watched overflowed commuter on the remodeled bus from the truck and watched many cars a state to overflow on a road, I felt the sturdiness of the people of this country and energy of the development. This country was a state awakened to from a sleep of the national seclusion of 50 years, and the people and the town presented vigor.

Myanmar is a developing country, so it can grow up with the highest speed by introducing the world's most advanced technique, structure or know-how from advanced countries. Based on the above, I decided the embarkation to this country with the thought that "I want to share fruit of the growth through contributing to develop the Myanmar personnel and to fulfill the IT infrastructures".

We established Myanmar DRK Co. Ltd in Yangon City in July, 2014, and started business. We place two following business with a pillar of the business and promote business development. The first is the IT business mainly focus on the development of the software, the second is upbringing of the human resource and introduction business.

Essentially, DORAKU group has a strength in a design, construction and operation of the IT infrastructure.. Therefore, we are ready to satisfy a demand of IT systems construction and management for the Japanese-affiliated company gone into Myanmar.

We concentrate power on HRD to Myanmar IT engineer. We choose the excellent graduate students from the university of the top-class of the Myanmar IT system and provide them an opportunity of the Japanese training in cooperation with a local Japanese school for approximately one year with free of charge. In addition, We are offering a Japanese lecture class to UIT for attendance at school students gratis and carry out education of Japanese language and the Japanese culture.

After adopting an excellent engineer from the graduate who acquired a certain level of Japanese language skill, we hire them directly in the Japanese head office,and having given them an introduction raining together with a Japanese new employee for three months. After that, we assign them to the workplace and give the duties of the same level with Japanese engineers. The third year employee already entered in our company in Japan, too, and the number of employee has already reached more than 20, and it is reached 30 when we include an employee
of Myanmar DRK. This value becomes the big power occupying 10 % of all 300 number of DORAKU groups. They are not only diligent and high in faithful but also have a strong intention to be growth, so they are treasure of our company and they
will contribute to development of Japan and the Myanmar IT industry.

We ask for Japanese companies or Japanese subsidiary companies to call out to DORAKU group if you want to utilize excellent Myanmar IT engineer that were brought up in DORAKU group. In addition, please contact us if your company is interested in utilization or co-operation with Myanmar DRK and/or DORAKU group. 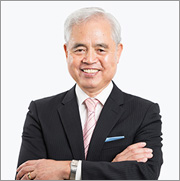 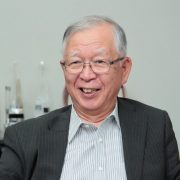 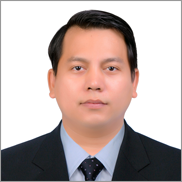